Effects of a Total Solar Eclipse on Galveston Bay

A very rare and spectacular occurrence is upon us, on August 21st, 2017, most of the U.S. will be in the direct path of a total solar eclipse, which hasn’t occurred in almost a century. The last time an eclipse was visible as a partial or total solar eclipse by the entire continental U.S. was on June 8th, 1918. The total eclipse or direct path will go from Salem, Oregon to Charleston, South Carolina. Most of the other states that are not under the direct path of the eclipse will see no less that 50% coverage, or a partial eclipse. Here in Texas, we will see the moon cover over half of the sun, while those in Florida will see about 75% coverage. While this event is no doubt fascinating and a wonder to behold, what does that mean for the Gulf Coast?

Several effects will transpire during the eclipse and since it falls on a Monday, it shouldn’t really effect our weekend routine, however, some interesting and unusual occurrences may happen. The fishing patterns and tides being the most important:

Fish are undoubtably effected by many of their environment’s subtle variables, and a solar eclipse is no different. Although the eclipse will only last a few minutes, the normal patterns that our Texas game fish follow will change. According to a study from the University of Moncton in Canada, species that are in shallow enough water to be effected by differences in light from night and day will think that it is dawn and begin to exhibit night-time behaviors like hunkering down and retreating to reefs and deep cuts. Once the eclipse has passed, fish will resume their normal activity after a few minutes.

“…various reef fishes were followed in the wild during a 1998 total solar eclipse at Pinta Island, in the Galapagos. As the eclipse progressed, the fish descended from the water column and retreated to crevices within the reef, where they remained hidden for the duration of totality. This is typical twilight and night-time behavior. The fish did not appear to go to sleep however, for they resumed their normal activities within three minutes of the end of totality. The only diurnal species that did not exhibit night-time behavior during totality was the surgeonfish Prionurus laticlavius, which stopped grazing and formed schools that swam erratically with apparent alarm. Altogether, the latest case notwithstanding, these observations suggest that light intensity is fairly important in eliciting twilight and night-time behavior.”
-Stéphan G. Reebs Université de Moncton, Canada 2007-2013 (How do fishes react to total solar eclipses?)

Tides will be the biggest factor for most of us in our day-to-day out on the water. Normally, the sun and the moon compete for the earth’s tides, pulling the oceans toward them with the gravity that they influence. The moon has the most effect on our tides which means that it creates the larger, more substantial tide influx because of its relative size and distance to the earth. Because the sun and the moon will be aligned during this brief time, we can expect a higher than normal high tide, while those on the other side of the planet will see a lower than normal low tide. Higher than normal tides will be experienced for several weeks leading up to and following the eclipse as the moon and the sun begin to align, especially of those in the upper bay. Just be aware of this and be sure to make any arrangements for your home on the water, or while launching at the boat ramp, or hanging at your normal fishing spot.

For some of us, it will be a thrilling, once in a lifetime experience to share with our family and friends, so go out and get yourself a pair of solar viewing glasses, they can be found for as little as a few dollars a set. On Aug. 21st. go outside and catch a glimpse of one of natures wonders. Visit Saltwater-Recon.com to see the local effects on the bay in real-time. Be safe and enjoy the view.

Written by: Urs E. Schmid, President of Saltwater-Recon.com. “Know Before You Go” 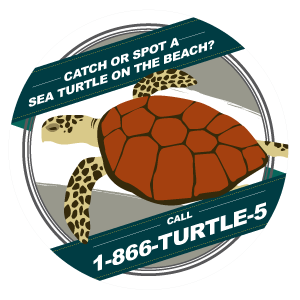